Skip to Main Content
It looks like you're using Internet Explorer 11 or older. This website works best with modern browsers such as the latest versions of Chrome, Firefox, Safari, and Edge. If you continue with this browser, you may see unexpected results.

This guide defines fake news and discusses how to spot it. It also provides links to fact-checking websites.

Select the image below to visit an interactive media bias chart, which ranks popular news sources by both political bias and overall reliability. 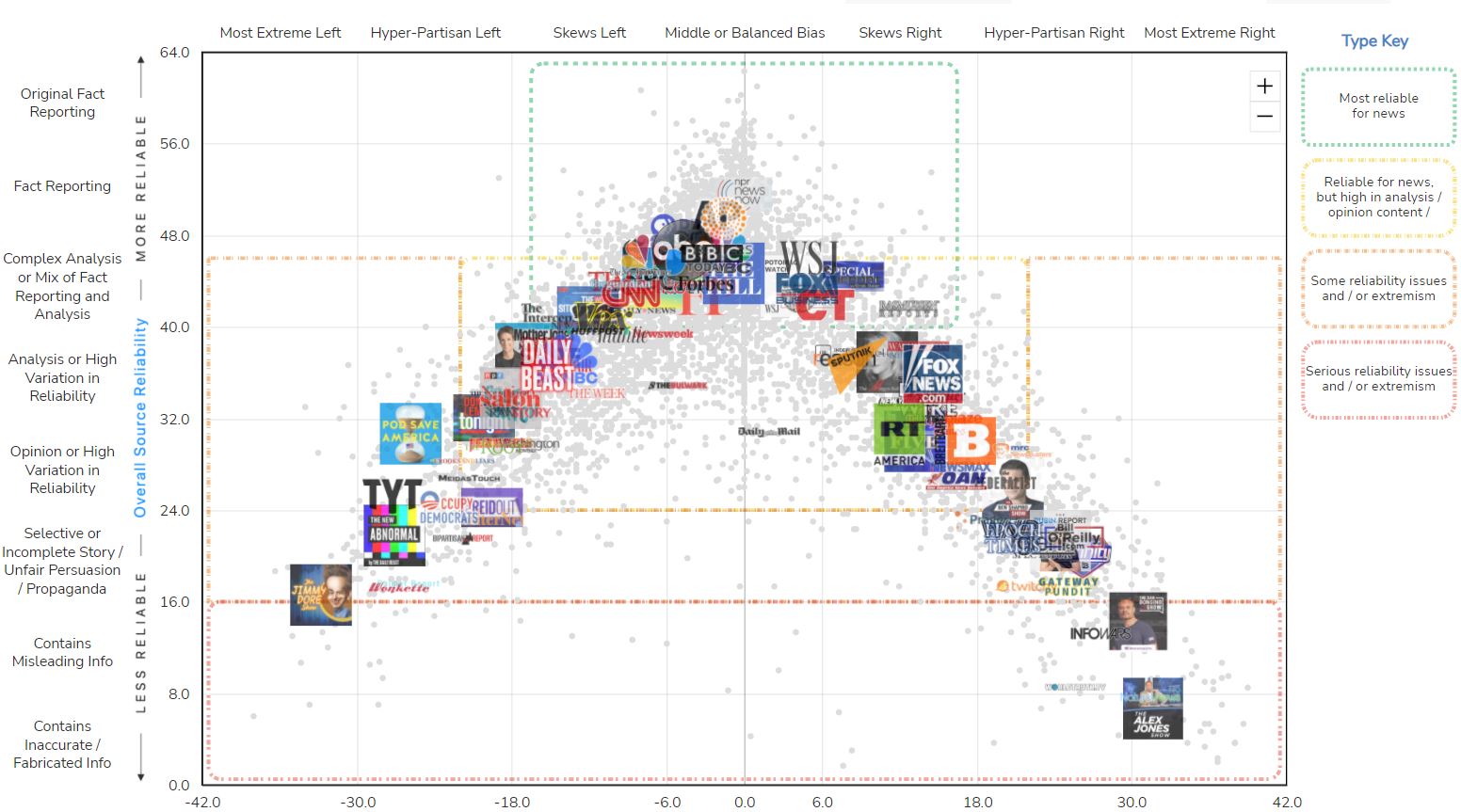